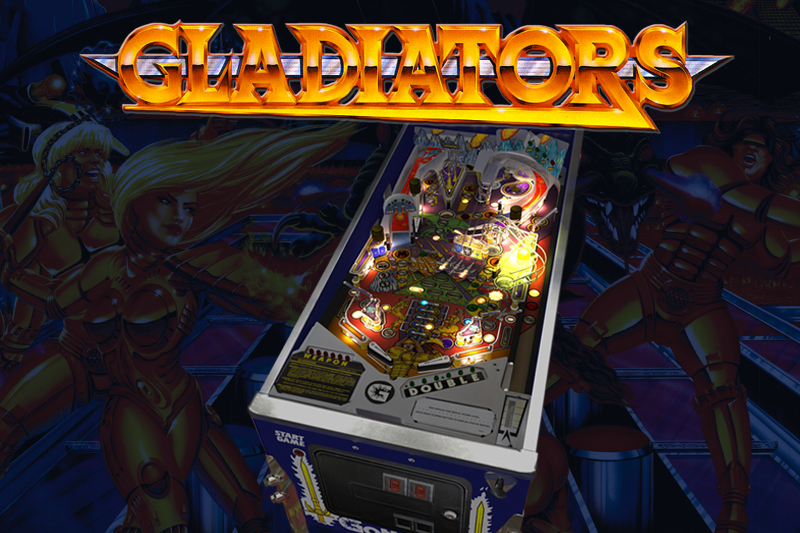 Playable via BYOG™ (Bring Your Own Game), which allows you to stream your favorite PC-based video games from PC digital distribution platforms on your Legends Arcade Family product in real-time either from one of our optimized distribution centers or for free from your own Windows PC using the ArcadeNetLink app, Gladiators is a fun-filled, futuristic, fantasy game for anyone who loves virtual pinball.

Available for purchase via Direct2Drive (D2D) for play on Steam, Gladiators is part of the six table Gottlieb Pack 1 that runs on the free The Pinball Arcade app. Gladiators features full AtGames universal global leaderboard support when played via BYOG Cloud. As long as you get a score higher than the default high score in The Pinball Arcade, you enter your initials, and the high score displays on the scoreboard, the necessary synchronization file will automatically be exported after leaving BYOG Cloud. 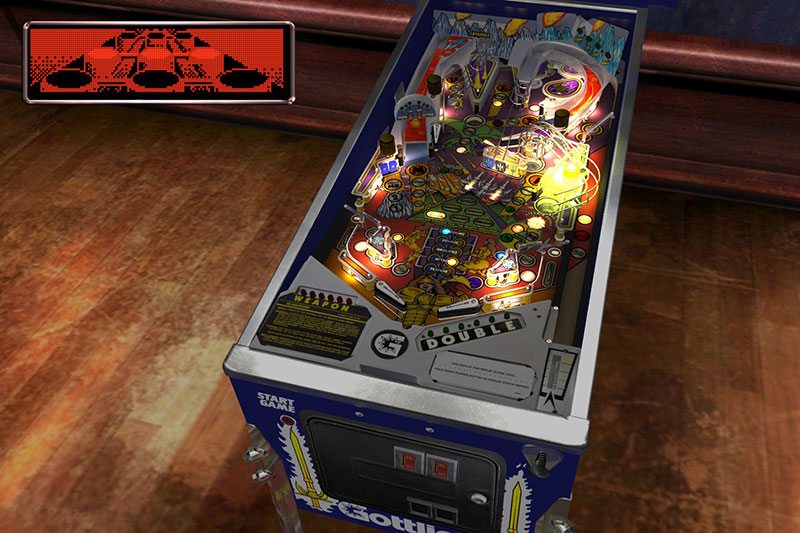 Gladiators was released in 1993 and this virtual pinball implementation remains true to the classic arcade original. The player is an armor-clad warrior in a featureless abstract cyberscape, where the goal is to survive the six rounds of the Battle Pyramid. Drop off the swinging Catapult crane into the pit, bring down the Rain of Terror, slingshot around the upper playfield ramp, and build up the Cataclysm bonus. Synchronize the left and right sides for Attack Mode, advance the WEAPON and DOUBLE powers for greater scores, then spell M-U-L-T-I to start a two-ball multiball. If you can survive the Pyramid, proceed to the Beast Challenge and behead the three-headed monster, and become recognized as a Beast Slayer.